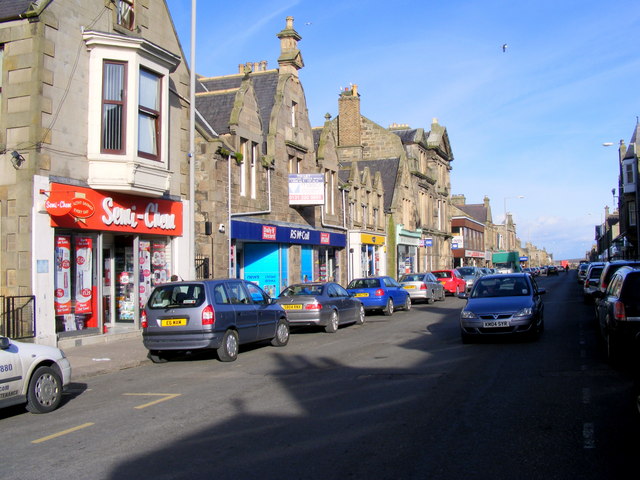 Buckie (Scottish Gaelic: Bucaidh) is a burgh town (defined as such in 1888) on the Moray Firth coast of Scotland. Historically in Banffshire, Buckie was the largest town in the county until the administrative area was abolished in 1975. The town is the third largest in the Moray council area after Elgin and Forres and within the definitions of statistics published by the General Register Office for Scotland was ranked at number 75 in the list of population estimates for settlements in Scotland mid-year 2006. Buckie is virtually equidistant to Banff to the east and Elgin to the west, with both approximately 17 miles (27 kilometres) distant whilst Keith lies 12 mi (19 km) to the south by road.